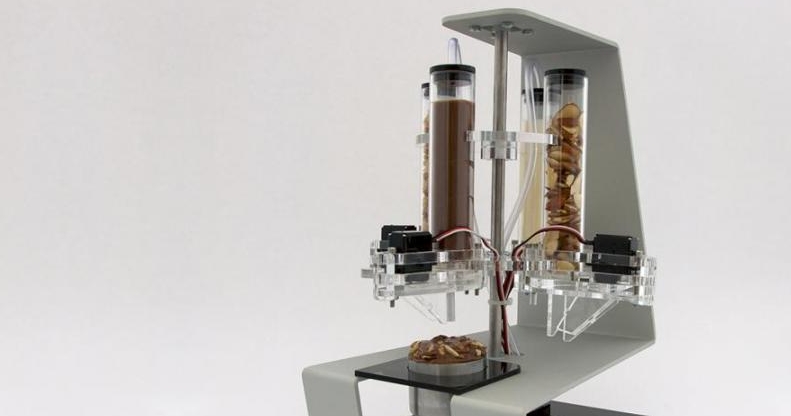 One can cook, grow and even print food. Currently, food printers are regarded rather as entertainment, but who knows, maybe, they will change radically our vision of dish cooking in 10-15 years.

What is the concept of food printers?

Imagine the morning where you with your child print breakfast. You draw letters of a love message or create a space shift (whale, dinosaur, whatever), and in several minutes you can see printed pancakes on the plate, exactly corresponding your scratch.

Printers for food products operate just like ordinary inkjet ones. But its cartridges are filled by edible “inks”: liquid chocolate, dough, cheese, etc. Afterwards, many printers bake created figures and others can be filled only with prepared products. They can produce both two-dimensional and tridimensional images.

NASA has already decided to use this technology in space. Using 3D food printers, the administration is going to produce food for astronauts directly on the ISS. One has developed a method of pizza printing for them cost $125000, and cooking of more complicated dishes is not far off.

Food printing can be also applied in real life. A wide distribution of confectionary printers proves this fact. 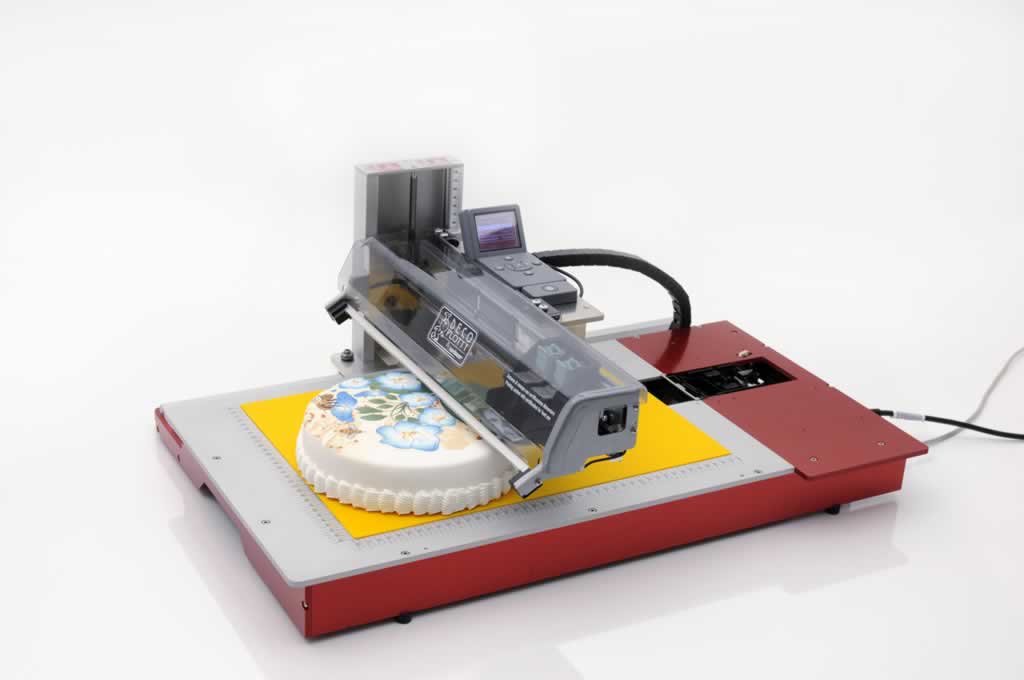 Nowadays, such confectionary 3D printers are expensive. The lowest price is approximately $1000, and the highest one can be several times greater.