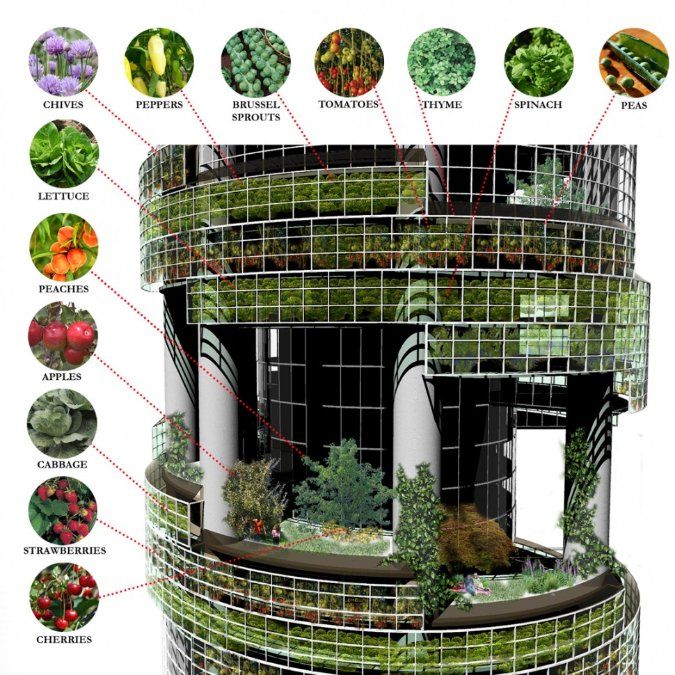 It is quite a new notion that has already managed to cause a stir in agriculture. In 2007 in his report Karl Shreder shared the idea about so-called vertical gardens. He estimated that city with 3 million population may survive with the help of 60 high multi-level eco farms.

Vancouver can already boast its own vertical gardens, which are located on the roof of a 530 sq.m. building. More than 80 species of crops are growing there now.

On average, one such farm can produce about 68 thousand kilograms of products per year. Moreover, the amount of water spent for irrigation will be ten times less than in the traditional gardens. Such a solution will also protect food from pesticides, herbicides and other negative factors. Plants can grow successfully under almost any weather conditions. It is planned that the harvest from the eco farms will be sold under a special local food brand.

Meanwhile, South Korea is developing its own robotic system for producing food on a mass basis. Scientists have proved the efficiency of solar batteries in growing almost all kinds of crops and plants.

Eco farm in Canada is operating for three years now. Meanwhile Lufa Farm, located in Montreal, has focused on creating a prototype of a 44 sq.m. greenhouse roof, which will collect the energy.