Floating agricultural farms of New York and Singapore: why cities need them 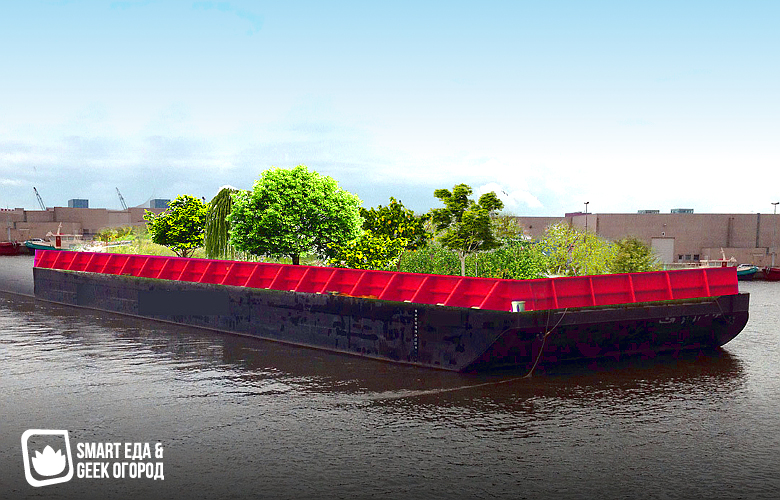 Floating agricultural farms is a promising trend of urban agriculture. Some of these projects have already been implemented in New York and Singapore. Let us look into its arrangement and value for megapolises.

Swale: from barge to farm

Swale floating farm project was launched due to Kickstarter in June 2016. For this purpose, $ 32,000 was collected. The old barge was converted into a platform for growing. For crops irrigation, river and rainwater is used.

The farm is open for visitors. Any citizen can come here, ask managers questions and take some plants from the cultivation bed for free. According to organizers, the purpose of Swale is to teach New Yorkers the culture of home cultivation. Therefore, the farm has become not only agricultural, but also a cultural space performing live interactive installations and playing birdsong records.

The project has also other purposes. Since growing products for sale on New York public land is forbidden, the garden placed on water space avoids this restriction. Project initiators hope that after city authorities make sure about the benefit of these farms they will cancel the existing ban.

Medusa farms by architect Zhanning Hang represent high technology inspired by nature itself. The walls of the floating structure are made of glass. Usually they are lowered only during a storm in order to protect plants. On the roofs of medusas, solar panels that feed the irrigation system are installed. On sunny days, when the walls are lowered, electrostatic field protects plants against insects.

Besides, medusas help purify water in rivers. The "tentacles" of the structure have sensors. If the contaminated water is found, it is pumped into special containers with microorganisms. The water gets purified and then again released into the river. This process is repeated with each new portion of water.