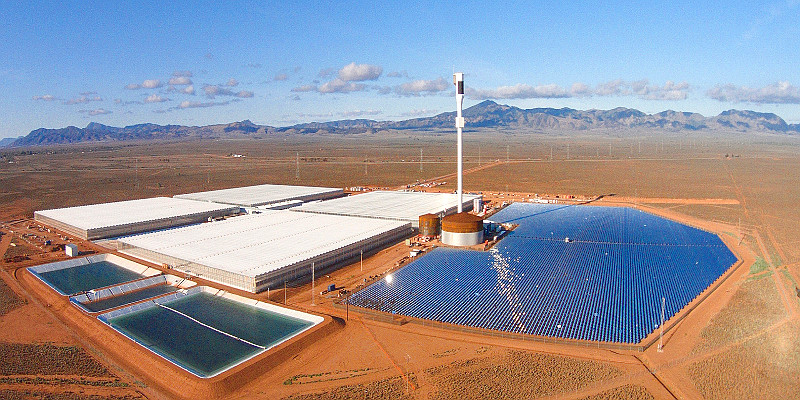 The ambitious project of the first hydroponic solar farm construction can be officially considered successful. The Australian farm Sundrop requires only sunlight, salt water and fertilizer.

Back in 2010 the project started with the opening of an experimental greenhouse for growing tomatoes. For 6 years, it has turned into a company of 20 hectares and 180 thousand of crop plants. Officially, the farm started only in 2016. Per year it produces 17 thousand tons of tomatoes and brings nearly 17 million dollars of profit.

In the coming decades the hydroponic farms will become widely spread due to the excessive population growth in Asia and Africa. By 2050, 50% more food will be needed. Expanding cultivation areas and pasturelands is not quite a reasonable solution, as it will lead to even greater reduction of forests and, as a consequence, the extinction of species that live there.

A hydroponic farm does not require soil, and that probably can be considered as a key advantage of such kind of an enterprise, as many land areas, including Australia, are not suitable for sowing.

Tomatoes are grown in containers that are supplied by fresh water and fertilizer. To get freshwater, salty seawater from the bay is taken. The capacitor makes steam and electricity.

If over time the profit will not be reduced, investments will pay off in 12 years, which is considered as a positive indicator for a project of such scales.