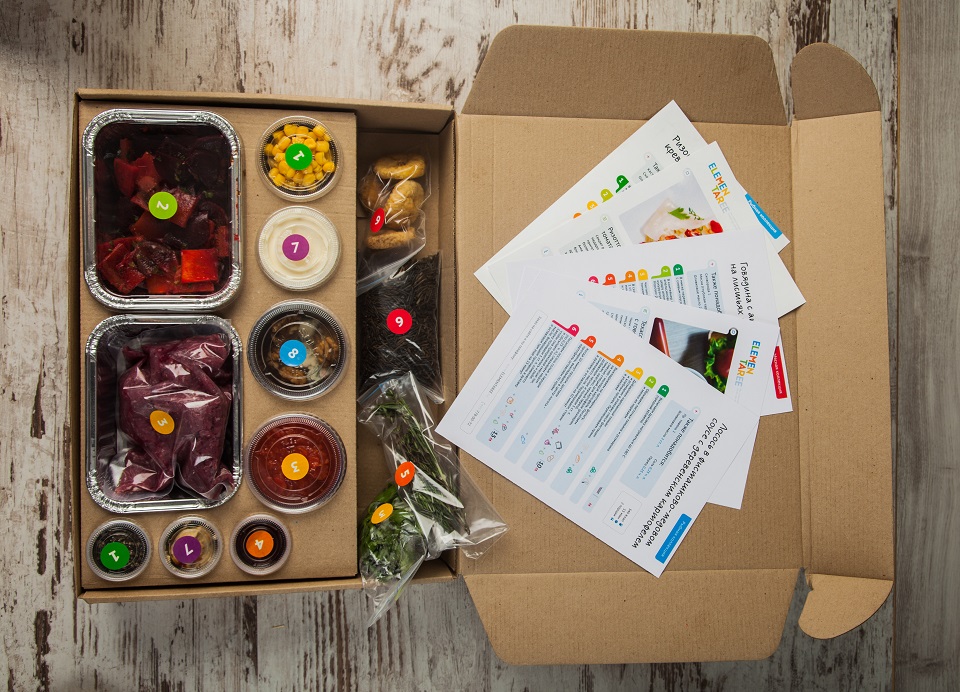 Elementaree entered the food delivery market with standardized sets for a wide range of people, like the majority of other participants. But while developing, their concept faced significant changes and the team focused on another goal: creating a customize menu for everyone interested according to their preferences and rationing.

Olga Zinovieva, CEO at Elementaree, said that everything started with the customer complaining of being allergic to the majority of set dishes. At that moment, the developers came with the idea to create a service, allowing everyone to choose products in terms of their preferences.

“Eventually, we realized that the standard set concept was not for us. Customers had to visit a shop anyway,” Olga said.

One of the most significant issues while creating an individual menu was the development of an IT platform. One should have accurately considered all ingredients and prepared them cheaply. The main task was adjusting production automation in order to reduce the rate of human engagement. Such a platform allowed Elementaree not to keep a huge amount of goods in stock.

“We learned how to determine weak spots of the solution before bringing it into operation,” Olga said.

The first results appeared six months after customize sets launching. The company got two times more orders for the individual menu rather than for the standard one. The platform started involve not only new customers but also old ones for whom a certain ingredient was inappropriate.

“Recently, we have completed the fifth investment round. Several million dollars have been invested in our company for the whole time,” Olga shared the financing results.

Many companies like the individual menu concept, thus no wonder that there are more and more investors and competitors. But this fact does not confuse Elementaree. It is more likely a motivation for the team to develop its own service.