Panasonic demonstrated refrigerator that comes to owner itself 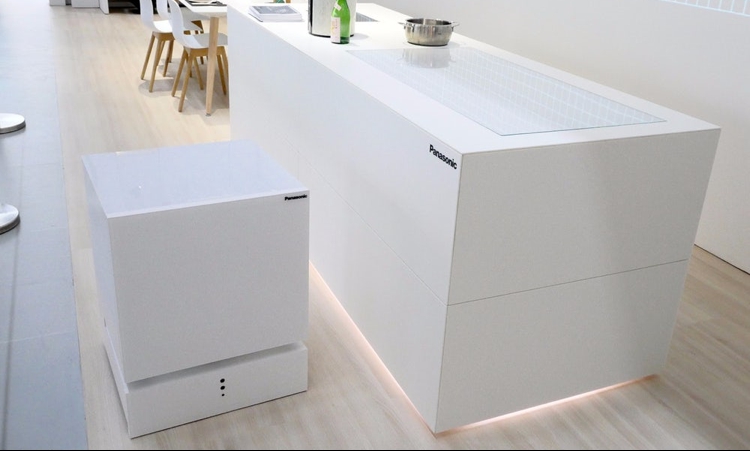 At IFA 2017 in Berlin, Japanese company Panasonic presented its new concept, fridge of the future. Its main difference from all modern refrigerators is that it can respond to voice commands and move around the premises on its own. This is actually the whole essence of the project, the name of which speaks for itself – the Movable Fridge. It’s a refrigerator, which comes to the owner by command.

Most likely, this is not the last device of this type, modern voice assistants and AI are being perfected more and more, so the voice responding home appliances are not likely to surprise anyone in the near future.

As for the Movable Fridge, it should really be called a mini-fridge or even a minibar, dimensions of the prototype are more than compact and hardly surpass freezers of conventional refrigerators. Nevertheless, this does not make the project less interesting. On the contrary.

Movable Fridge can move around the house without any assistance, and you don’t have to worry about it hitting a wall or cat, cautious Japanese developers provided it with a whole system of laser and depth sensors that allow the fridge navigate in space, recognize obstacles and bypass them.

Another feature, the refrigerator is connected to a database. A function for the most lazy and forgetful people, Movable Fridge is able to tell what it has inside, and suggest a snack.

Unfortunately, for now, the Panasonic Movable Fridge is just a concept and there is no information on whether it will be mass-produced and if so, when will it happen.