Food Science: innovations in your fridge 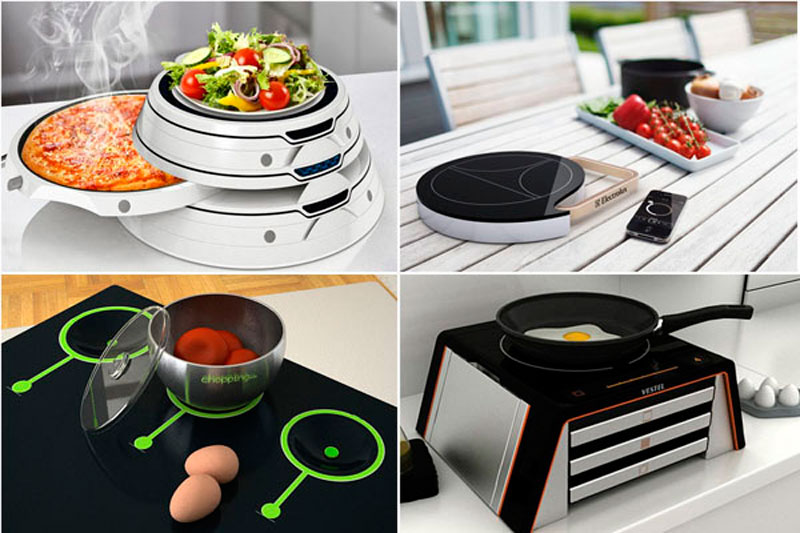 Technical progress is not just smart gadgets and flights to Mars. Its evidences may be seen in refrigerators or in the stores as well. Today. You may have heard about some of these innovations or even tried some.

Pancakes in the form of missiles or cartoon characters, bizarre forms of chocolates – 3D printing technology can produce it all right at home. For example, using food printer for chocolate (about $3200 (2380 pounds) on Choc Edge website) you can print any edible detailed figure. The owner only needs to download 3D model and ensure that printer has sufficient amount of “raw material” - chocolate.

Soon with the help of 3D printers we will be able to print even meat! Such project was launched by Modern Meadow. The printer of the company re-creates meat structure from animal cells, sugar, salts, vitamins and amino acids. After electrical stimulation jellylike mixture obtains the structure of muscle fiber. Peter Thiel, PayPal founder, considered the project to be a promising one and invested $350 000.

Imagine that there is a bottle of wine on the shelf. Is it merlot or cabernet? – It is both of them or if to be more precise a lot of different wines at the same time. But only if it is a bottle of nano wine! The Dutch company Next Nature has created a “dynamic wine”, which changes the taste, color and aroma when heated in the microwave oven.

How is it possible? Various molecular compounds are activated by heat. On the nano wine label there is a graph that allows you to determine proper time and power of the microwave oven to get a desired drink. If such a product enters the market, everyone will be able to feel like a winemaker, at least for one evening.

Plastic and polyethylene, which are used for food packaging, are the main sources of waste in the world. To solve this problem WikiPearl presented its innovative technology. It is edible packaging created from the mixture of calcium, milled nuts and seaweed extract. Such packaging is quite hard, acid and water-proof.

The developers from WikiFoods say that they were inspired by the “packaging”, created by the nature: peel of fruit and berries, nut shell. The innovative technology has received the main prize at the international exhibition of smart food SIAL 2012. According to the official website, the products in edible packaging can be already bought in four stores in Massachusetts.

This innovation has been already tried by many gourmets around the world. While “cooking” molecular dishes restaurant kitchen is transformed into a high-tech chemical laboratory. In such a way chefs can make food that can be... inhaled. Or serve spaghetti with strawberry and apple taste. Or turn soup into a delicate emulsion.

Ingredients for such dishes may be both natural and artificially synthesized. In addition to special equipment (centrifuges, rotary evaporator, vacuum vessel, etc.) kitchen lab requires liquid nitrogen for food cooling. Such fine cuisines are served exclusively in fancy restaurants. Those who have tried them, agree: this is the best opportunity to get new culinary experience.

The opposite of dainty molecular dishes is absolutely pragmatic approach to food and eating. Author of this idea is young computer programmer Rob Rhinehart from Atlanta. His idea is as following: What is the sense of wasting a lot of time for cooking, if all vital vitamins, microelements and calories may be mixed in one drink?

The product is called Soylent. It tastes like plain yogurt. For several months Rob Rhinehart ate Soylent, before starting his project on Kickstarter (and got $2 mln, instead of $100 000 pledged). Inventor counted that such diet will cost about $100 per month. Rhinehart doesn’t insist on full abandoning of regular meal, but thinks that his invention can solve a problem of famine and malnutrition.