Klim Golondarev to report on molecular cuisine and food additives 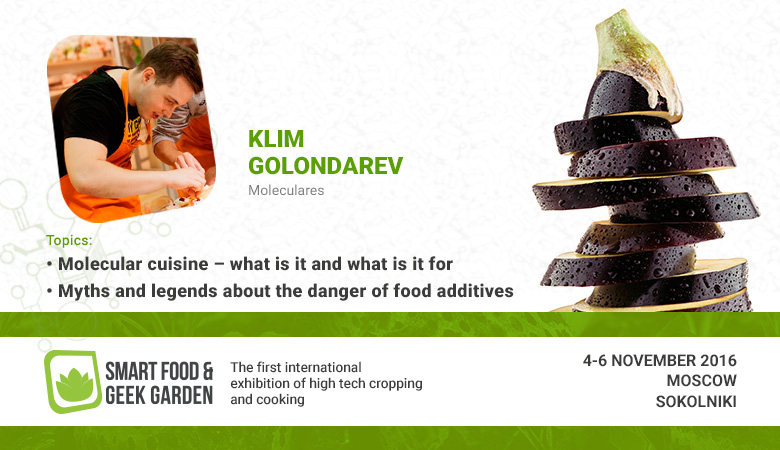 On November 5-6, 2016 at lecture hall of Smart Food & Geek Garden you will be able to enjoy lectures of Klim Golondarev, one of the owners of a popular shop of equipment for molecular cuisine.

It took more than 6 years before Klim Golondarev has opened a shop, selling equipment and textures for molecular cuisine.

It all started with opening a group in Vkontakte, for which he translated recipes and theme-based articles. He graduated from the university, specializing in hospitality industry. For two and a half years he has been working as a bartender. When Klim together with his future partner noticed the increased demand for textures and equipment for molecular cuisine, he decided that it was time to open an online shop for cafes, restaurants and ordinary people, who love to experiment in the kitchen.

On the 5th of November in Sokolniki ECC Klim Golondarev will give a lecture on the topic:

Despite the fact that molecular cuisine appeared 10 years ago, many ordinary people have no idea about the issue. Attendees will learn many interesting facts on the subject, the history of the sector, and get an answer to the question of why molecular cuisine has become a part of the restaurant business.

On the 6th of November Klim will report on the topic:

“Myths and legends about the danger of food additives”.

After listening to the lecture, you will learn about food additives, their purpose, as well as which of them are not harmful. Are there food additives dangerous to health or is it just an advertising trick?

Klim Golondarev will also assist Maria Reznor during master classes on molecular cuisine, which are to be held on November 5-6, 2016.

You can buy tickets for both lectures on the official website of Smart Food & Geek Garden! 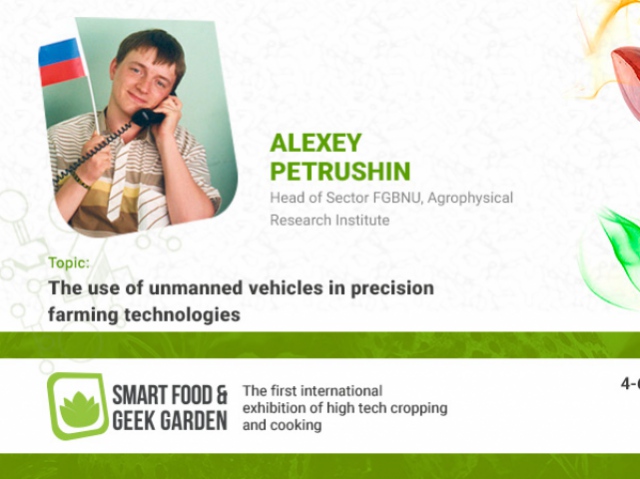 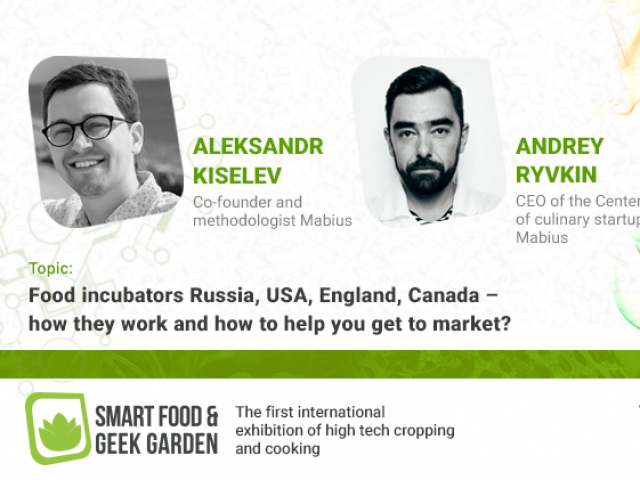 How to establish food startup from the scratch? Learn from Mabius founders! 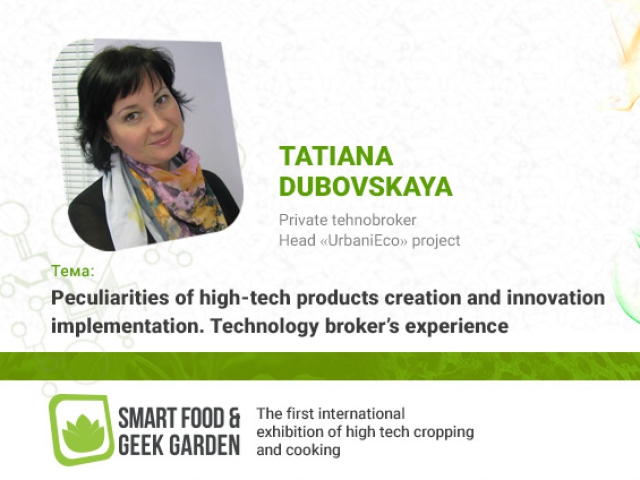