Food of the future: what foods will we eat? 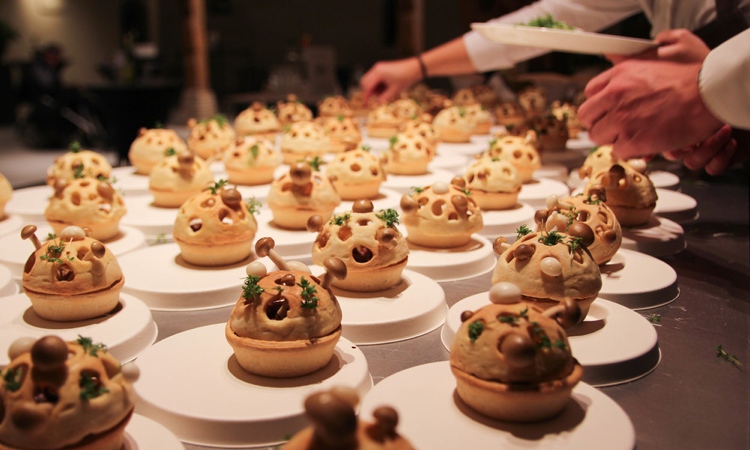 In order to feed humanity in the future, it will be necessary to radically change the approach to the food industry. Scientists have offered 7 kinds of products of the future. Some of them may seem strange and not quite edible, but everything has a scientific explanation.

Researchers believe that eating insects – various bugs and grasshoppers – will become a common practice. Even now you can find macaroni made of flour with milled insects. No wonder, after all, a new diet is a good source of protein. For example, 100g of grasshoppers contain 21g of protein. However, insects, similarly to animals, are to be fed to grow enough. Therefore, to begin with, it is worth investigating how to increase their population in the laboratory. In addition, the question is how to overcome the disgust and start eating crickets.

Another thing is synthetic meat grown with the help of stem cells. It looks like natural one as for appearance and taste. To produce it, you don’t need to kill animals. The difficulty is that the industry is developing slowly and is expensive. Therefore, artificial meat is more expensive and has worse taste than animal one, and currently it is not mass produced.

Undoubtedly, eating fish is also a kill for many. Although, in terms of ecology, fish farms do not occupy much space and do not produce as much waste. Fish requires less food, and at the same time the product contains enough protein for normal functioning of the human body. It is only necessary to think about limiting capturing some fish species and restoring the population.

And maybe fish should also be grown in a test tube? Scientists from NASA received fish fillets from a goldfish and fetal calf serum. For example, New Wave Foods startup plans to produce shrimp from red algae.

If we are talking about algae, it should be also noted that many researchers claim that they contain proteins, fatty acids, carbohydrates and fats, as well as an impressive set of useful micronutrients. Products with algae flour have already been released to the market, but caused indigestion to some customers. In this regard, the Soylent company needs to improve the recipe.

It is high time for GMO opponents to admit that products of this kind have already taken a place in our life. The modification is used to increase the yield of crops and their resistance to different climatic conditions. Nevertheless, the technology should be developed further, since it is a good way to save time on food production and improve its quality. Modified food can be made on 3D printers, remaining hot and fresh.

In its article, the Popular Mechanics magazine offers another way to solve hunger problem: apply photosynthesis. It sounds like a basis for a science fiction writer's book, but if a sea slug was able to “steal” DNA from seaweed for photosynthesis, then why cannot we get it? In the near future it won’t work, since the human body is not big enough to get enough energy. In the future, we’ll need to grow some additional organs.